A Crucial Link in the Domestic Semiconductor Supply Chain

Revitalizing the domestic semiconductor industry is an important goal that depends in part on a supply of U.S.-manufactured fluoropolymers.

We all know that panicked feeling of reaching for your phone and not finding it where you expected and the immediate sense of relief when it’s back in your hand. We take for granted that these conduits to everything will always be there.

The disruptions caused by the pandemic have made this clearer than ever. The last two years have starkly demonstrated just how exasperating inventory delays can be and just how fragile the supply chain for producing our phones — and laptops, cars, TVs, and countless other devices — really is. Almost everyone has experienced problems with critical goods becoming harder to find, more expensive to buy and slower to arrive.

We have heard the same explanation for the delays at the car dealership, at the mobile device store and from the media: the “chip shortage” meant a shortage of new phones, cars, TVs, and other technology. “Microchips,” or semiconductors, are, of course, at the heart of most technology today. These brains of modern electronics are found not only in consumer appliances and electronics but also in military aircraft and defense systems, electric grids, and cutting-edge health care equipment. Semiconductors are core to U.S. national security and economic interests, yet 9 out of 10 of them are manufactured in China and other foreign countries, and they have been increasingly hard to come by as the pandemic has stretched on.

We are now in the midst of a push — led by domestic manufacturers and supported by the U.S. government — to make sure the semiconductors this country needs are manufactured here. As we regrow that manufacturing capability, one company whose role in that process is indispensable, if not well known, is Chemours. Chemours is a domestic producer of fluoropolymers, essential materials without which semiconductor manufacturing cannot securely be onshored. For one specific type of fluoropolymer, PFA, Chemours is the only domestic producer.


Semiconductors are core to U.S. national security and economic interests, yet a vast percentage of them are manufactured in China and other foreign countries.

A fluoropolymer is an organic molecule, the backbone of which is the carbon-fluorine bond, the most durable bond in chemistry. Fluoropolymers have unique combinations of attributes that make them highly resistant to corrosion, as they are unaffected by temperature, chemicals, fire, and weather, and they repel water and other substances.

Fluoropolymers are critical to semiconductor fabrication for a variety of reasons, including the sensitive environment in which semiconductors must be assembled and transported. Semiconductors are produced in highly controlled “clean rooms” by workers wearing head-to-toe protective equipment. The introduction of a single strand of hair or dust particle or even a fractional change in temperature or air quality during the manufacturing process can render the chips unusable. Semiconductor manufacturers use fluoropolymers to filter out very small particles from fluids during fabrication and to transport and store these fluids.


Chemours is the only domestic producer of an essential material, without which semiconductor manufacturing cannot securely be onshored.

As America looks to strengthen its semiconductor supply chain, it’s worth remembering a powerful lesson from the shortage that energized this effort: A single link can compromise an entire chain. Bringing semiconductor manufacturing to American shores requires securing and supporting the materials upon which they depend. 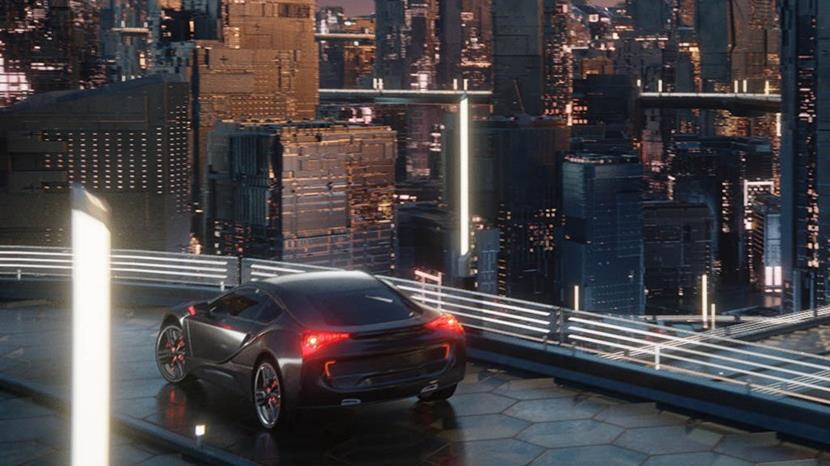 There’s a world hidden deep in our devices, in our cars, and in our cities — all enabled by the role that Teflon™ fluoropolymers from Chemours play in the semiconductor industry.

2. “We need to make sure [semiconductor] supply chains are secure and reliable. I’m directing senior officials in my administration to work with industrial leaders to identify solutions to this semiconductor shortfall and work very hard with the House and Senate … we’re reaching out to our allies, semiconductor companies, and others in the supply chain to ramp up production to help us resolve the bottlenecks we face now. We need help to stop — we need to stop playing catch up after the supply-chain crisis hit. We need to prevent the supply chain crisis from hitting in the first place.” Biden, Joe. The White House Briefing Room. “Remarks by President Biden at Signing of an Executive Order on Supply Chains.” 24 Feb 2021. https://www.whitehouse.gov/briefing-room/speeches-remarks/2021/02/24/remarks-by-president-biden-at-signing-of-an-executive-order-on-supply-chains/